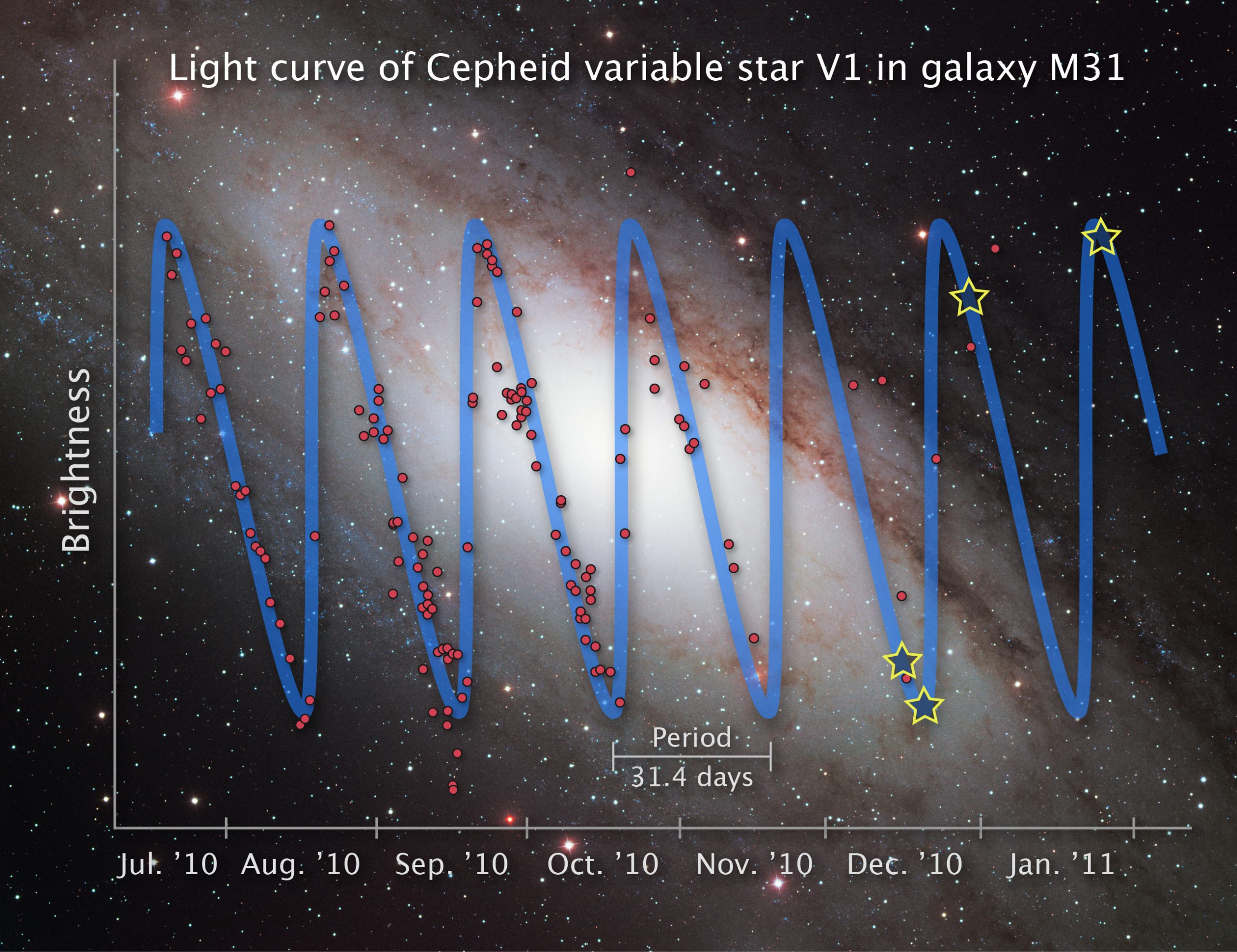 In the early 1900s, astronomers began to build telescopes that were large enough to see fuzzy blobs that surrounded stars. Opinions differed as to whether the fuzzy blobs – called nebulae – were within our Milky Way Galaxy or if they were entirely separate galaxies at a greater distance. Some of the first evidence that these nebulae were indeed individual galaxies was obtained by Henrietta Leavitt, who studied stars that were regularly brightening and dimming, emitting pulses of light. These stars are called Cepheid variables, and the relationship between their pulsation period and their peak brightness would become known as Leavitt’s Law. Even though Cepheids were briefly confused with another type of pulsing star, eventually Edwin Hubble would use Leavitt’s Law to determine that the nebulae were actually galaxies, and that the universe was expanding.

In this exercise, you will learn how to measure the brightness and the pulsation period of a Cepheid. When you combine this analysis with additional Cepheid measurements you will be able to reproduce Leavitt’s Law. And if you also include Cepheid measurements both within and outside the Milky Way galaxy, you can follow in Hubble’s footsteps, producing evidence for the expansion of the universe! Click the “Build a Light Curve” link on the top left to continue to the activity.