Astronomy from Home has its own robotic telescope, called GORT. Since 2004, GORT has been used to take digital photographs of parts of the night sky that contain stars that vary in brightness over time. These stars are called variable stars. When planets orbit a star other than our own Sun, they are called exoplanets. Sometimes exoplanets are large enough that they can make a star appear to be variable, since exoplanets can block some of the starlight. Both variable stars and exoplanet systems can be successfully observed using robotic telescopes, leading to important scientific results.

Astronomers refer to digital photographs from telescopes as images. To analyze image data, astronomers use a file format called FITS (Flexible Image Transport System). FITS files include information that is useful to the analysis, such as the pointing direction of the telescope and the time the image data were acquired. After downloading GORT or MicroObservatory data, there are several software packages that you can use to analyze the FITS files.

To start analyzing image data in FITS files, go to the MicroObservatory Analysis page and drag the file from your computer into the Js9-4L online software program. Follow the instructions on that site for analyzing the image. To learn how to determine the brightness of specific objects in an image, go to Astronomy from Home Discover page This page has links to analysis examples for different types of objects.

When an exoplanet passes in front of a star, the brightness of the star decreases. This dip in brightness is called an exoplanet transit. If you continue to observe the star, another dip in brightness will be seen when the exoplanet has completed its orbit around the star. Continued timing of exoplanet transits, therefore, allows precise orbital periods to be determined. In addition, by measuring the depth of the dip in brightness and knowing the size of the star, the size or radius of the planet can be determined. Variations in transit times or multiple dips indicate the possible presence of additional orbiting planets in the system. To learn more about exoplanet light curves, see Discover Exoplanet.

To see all exoplanets in the GORT image archive, visit the exoplanet archive page.

Eclipsing binary star systems consist of two stars in mutual orbit around their center of gravity. Depending on the size of the binary system, EBs can have orbital periods ranging from a few hours to several decades. However, most of the known eclipsing systems have periods of a few days, which is most likely due to the difficulty in finding longer period systems. As in transiting exoplanet systems, the light can be dimmed if a smaller star blocks some of the light from the larger, brighter star. Unlike exoplanet systems, however, both stars emit light so the resulting lightcurves can be complicated. Basic research activities involve measuring precise times of occurrence for eclipses and the depths of the eclipses. A detailed and complete light curve can used to determine the sizes of the stars in the system, as well as the tilt of the orbital plane with respect to an observer on Earth. The figure illustrates the eclipses seen in the Kepler 16 system, which consists of two stars that are each smaller than our Sun. This system also contains at least one exoplanet.

Supernovae (SNs) are produced in many different ways as stars evolve. In all cases, an extremely bright outburst is observed, which declines over many weeks – months as the explosion propagates outward, creating a supernova remnant. Type II supernovae are the result of massive stars exploding when they run out of nuclear fuel. Type 1a supernovae result from collapsing white dwarf stars which have gotten too heavy to sustain nuclear burning. To learn more about supernova light curves, and how they can be used to measure the expansion of the Universe, see Discover Supernova.

Click here to see how analyzing the light from a supernova allows us to see its properties. 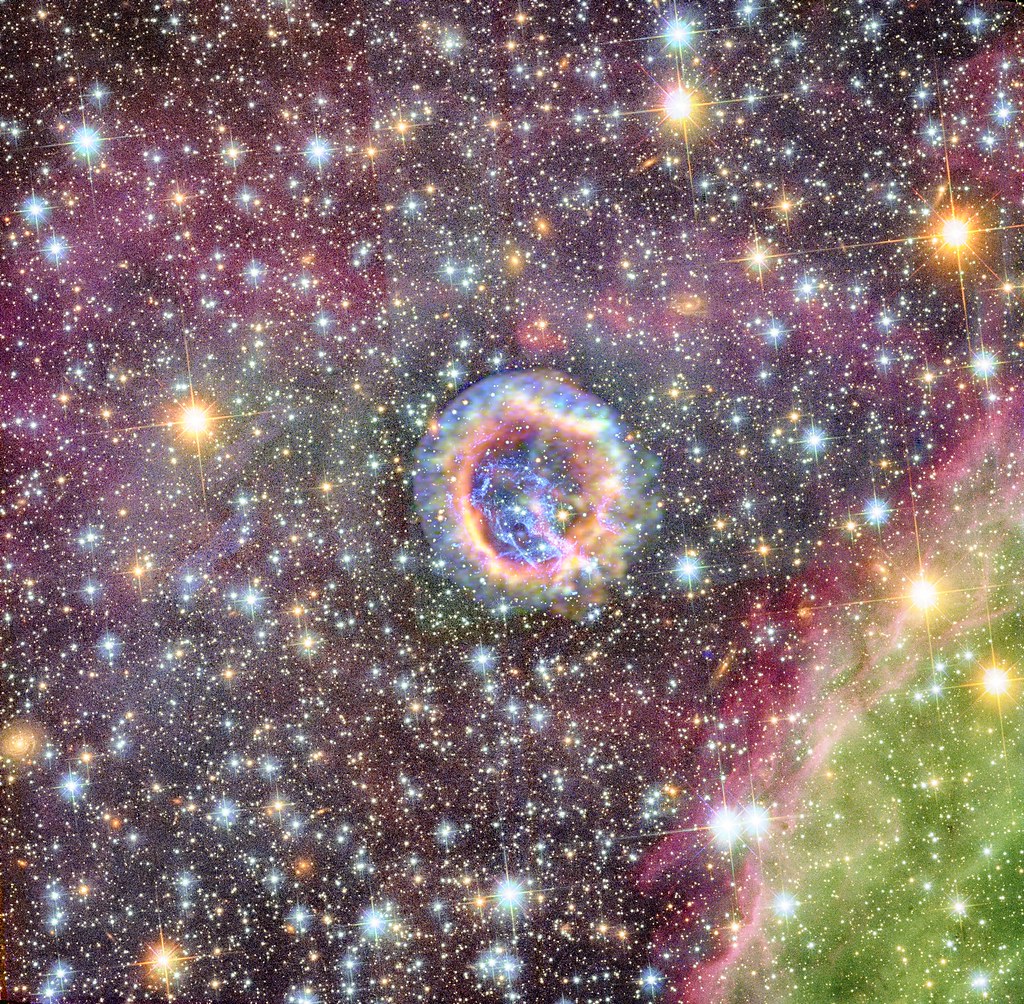 Unusual stars with outbursts or other unpredictable activity

Monitor stars with known unpredictable activity. (note: Professional observatories generally do not allocate observing time for such observations.) Normally such stars are quiescent and not active. These stars should be monitored because such events are unpredictable. When such events occur, the astronomical community should be notified so specialized instrumentation at professional facilities can be used to study these events.

Follow the decline of a supernova. Supernovae (SNs) are classified as cataclysmic variables, but the outburst is far brighter than other forms of CVs.


Before the discovery of Cepheid variable stars, there was no way to accurately measure the distance to objects outside of our own Milky Way Galaxy. As discovered by Henrietta Leavitt in 1907 (and now known as Leavitt’s Law), the pulsation period of a Cepheid star is related to its absolute brightness. Cepheids pulse in size (and therefore in brightness) in a very regular pattern, which takes longer to complete the bigger they are. Comparing the pulsation period (how long it takes for the star to brighten, dim and brighten again) to the Cepheid’s maximum observed brightness, allows a determination of the distance to the star. This is similar to estimating the distance to a streetlight on the highway – the farther away it is, the dimmer it looks. Astronomers used Cepheid variable stars to determine distances to galaxies for the first time, when no one really understood just how far away they were (or that some Cepheids were in neighboring galaxies). NASA’s Hubble Space Telescope still performs distance measurements using Cepheid stars today, in order to more precisely measure the expansion rate of the nearby Universe. Cepheids form the first rung of the cosmic distance ladder, connecting our galaxy to its nearest neighbors. Subsequent rungs on the ladder connect our local group of galaxies to others that are more distant, and in which we cannot measure individual Cepheids. To learn more about Cepheid light curves, see Discover Cepheid.


To see all Cepheids in the GORT image archive, visit the Cepheid archive page.

The goal should be to achieve a time resolution of 1 month for a number of years. Multiple filter observations for a broad range of objects should be obtained at least once a month. A relatively small collection of observatories could produce an impressive collection of data with a time resolution on the order of 0.1 years. Ideally, any unusual variations would be reported and thus serve as a trigger for more intensive observation campaigns.

The goal should be to establish targeted campaigns to achieve a true time resolution of 1 day for a period of several weeks. Objects exhibiting unusual variation in the long term studies, or objects selected for other reasons, can be placed on special focused campaigns. For such a campaign, cooperating observatories will attempt to obtain an observation once a night for an extended, but finite span of time. A modest distribution of observatories would be expected to produce surveillance data with a time resolution on the order of a day. Such campaigns might extend for 4, 8, or 12 weeks.

The goal should be to establish targeted campaigns to achieve a true time resolution of several minutes for a period of several days. Objects exhibiting unusual night-to-night variations, or objects selected for other reasons, can be placed on special microvariability campaigns. For such a campaign, cooperating observatories with appropriate equipment will attempt to observe a designated target nearly continuously for several/many hours at a time throughout the night. Such a campaign should last for an extended but finite span of time. With proper planning and a uniform distribution of observatories in longitude, this should make it possible to keep a target under virtually continuous surveillance with a time resolution on the order of minutes. Such campaigns might extend for 5, 10, or 15 days.